In Quebec, 1% of the population is affected.

Schizophrenia is characterized by two types of symptoms (positive/negative) that do not appear in the same way in all those affected. 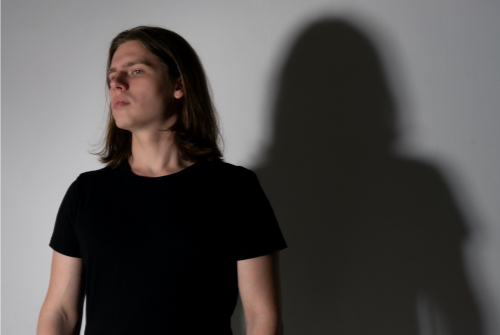 In fact, it would be better to talk about Schizophrenias because there are different forms of schizophrenia, each designated by an adjective corresponding to a more prominent aspect of the illness at a given time.

These forms of schizophrenia are not fixed categories since it is possible that the person with schizophrenia may move from one form to another and express the illness differently at different times.

Withdrawal and stereotyped living is encountered in this form, rarely a delusional syndrome. Negative symptoms are in the foreground: impoverishment of socio-professional relationships, tendency to isolation and autistic withdrawal into an inner world.

The person shows emotional coldness, seems incapable of expressing his or her emotions, shows a lack of interest in others, and takes pleasure in solitude.

At the same time, the person has strange behaviors, bizarre beliefs, and perceives unusual things. This form evolves slowly but very often to a more and more marked deficit.

This is the most frequently encountered form. It is characterized by the predominance of hallucinations of delusions of persecution, interpretive delusions, convictions of being the object of a plot or of being at the center of a malicious plot.

Overestimation of self (ideas of “greatness” or even of a “planetary mission”), anxiety, envy or jealousy, and a contentious and belligerent spirit may also be present.

It accounts for 20% of schizophrenias. In hebephrenic forms, the disease begins early, during adolescence, and it is the dissociative syndrome and withdrawal that are in the foreground.

Delusional elements are often absent and medications are administered in low doses. Their language is incoherent, they appear indifferent to the outside world despite high anxiety.

Sufferers often refuse treatment. This is the most resistant form to therapy.

In the dysthymic forms, the illness shows signs of schizophrenia accompanied by manic or depressive signs. These disorders resemble bipolar disorder but differ from it in the presence of delusions or hallucinations for at least two weeks.

The prognosis is quite good.

They may also repeat, like an echo, the last words of the sentences they hear, or imitate the gestures they observe in others.

Treatment is difficult and must be aimed at maintaining a diet and a relational life.

This is the most serious form of schizophrenia. But this form, subject to treatment, is rarely definitive.

The psychopathic component (antisocial behavior, with impulsivity, behavioral disorders, risk of violence) is associated with cognitive symptoms and schizophrenic delirium.

Sometimes perpetrators of more or less serious reprehensible acts (delinquency, theft, aggression, vagrancy, drug addiction…), the people who are affected are much more often defenseless and victims of the criminality present in our society.

It is frequently found in people who are socially disrupted. The delirium manifests itself in episodes.

Positive symptoms are manifestations that add to an individual’s usual mental functions, to their thoughts. They appear during the acute phase of the illness (sometimes called psychotic decompensation) and lead the person to behave in ways that are sometimes incomprehensible to others.

The most common symptoms are:

Negative symptoms, which are more difficult to detect, reflect losses of normal function, a deterioration of usual abilities. They constitute a lack in the person, an absence of expected behaviors, as if a central mechanism normally present were missing. They can be perceived as a “decline,” a degradation of habitual abilities.

Without having proven it with any certainty, the most recent scientific research tends toward the hypothesis that schizophrenia would be, in part, attributable to genetic causes.

Statistically, in families where this disease has already been diagnosed, the risk of developing it is higher. However, no specific gene has so far been identified with certainty; probably several would be involved.

Some researchers believe that overproduction or oversensitivity to dopamine may be the cause. Dopamine is a chemical (neurotransmitter*) produced by the brain. Some people with schizophrenia respond well to medications that regulate dopamine production. Another neurotransmitter, serotonin, is also thought to be involved.

Other research tends to say that, in people with schizophrenia, certain brain cavities seem to tend to be larger than in people who do not develop the disease.

These predispositions, combined with the normal stresses of life, lead to greater vulnerability. The development of schizophrenia is as unpredictable as that of diabetes, heart problems or any other disease where genetics can have an important impact.

Doctors are quite cautious about making a diagnosis of schizophrenia. Diagnosing it with certainty can take time and may require several hospitalizations to observe how the person’s condition evolves. If certain symptoms suggest a cause other than mental illness, various tests and examinations can be done. These tests and examinations will verify that the symptoms are not caused, for example, by drug use or a brain tumour.

In recent years, treatments for schizophrenia have evolved significantly. People with schizophrenia can now look forward to a satisfying life and face different challenges.

Of course, early intervention, rehabilitation programs and changes in medication help to preserve the functional abilities of the person affected and avoid a worsening of the symptoms or of the illness itself.

Despite their urgent need for help, many sufferers refuse to collaborate because they fear rejection

Lack of self-criticism, an inherent symptom of schizophrenia that prevents the person from recognizing that he or she is ill, results in a lack of cooperation with treatment. The importance of establishing an alliance between the person and his or her treatment team is essential, but may take time to develop. The risk of relapse requiring further hospitalization is common and is part of the recovery process.

Early detection of the disease, along with appropriate treatment, promotes a better prognosis. The period of 2 to 5 years following a first psychosis is decisive in the evolution of the disease. During this time, intensive rehabilitation, often provided by specialized clinics (e.g., first-episode psychosis clinics) or support agencies, is essential.

Early treatment helps to:
– Decrease the severity of the illness;
– Maximize the quality of life of people with the disease and their families;
– Avoid self-stigmatization, devaluation or guilt; maintain hope;
– Avoid prolonged interruption of school, work or other activities;
– Establish a trusting relationship with the care team and reduce calls for legal recourse;
– Shorten the duration of treatment;
– Reduce the risk of legal problems, drug use, depression and suicide.

Get in touch with one of our councellors. 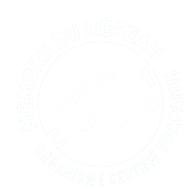 We use cookies to ensure you have the best experience on our website. If you continue to use this site, we will assume that you are happy with it.OKNonPolitique de confidentialité